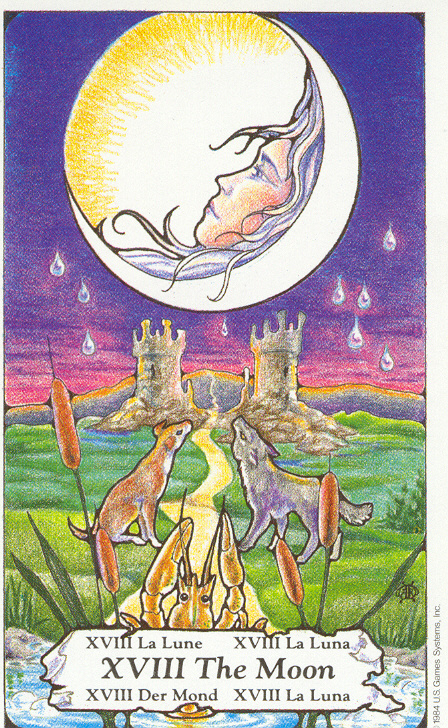 Our evolved PISCES nature is always sensitive, and more often than not, lovingly helpful and insightful regarding the plight of most souls. PISCES is naturally psychic and almost always compassionate.  With PISCES there can also be a definite need to avoid being a human garbage pail for the ills of the world. It seems almost everyone pours out his or her troubles upon discovering a sympathetic ear.  PISCES is ever ready to listen and usually eager to run to the rescue on a cold, rainy, or snowy night to lend coat and cloak!  When in serious need, the PISCES friend should be the first one you call, since LOVING DEVOTION and willing SACRIFICE seem second nature in these tenderhearted souls. The MYSTIC DREAMER in everyone enjoys the rapturous beauty of a sunset, the harmonic notes of a symphony, the Divine Cord in Nature.  After all, DREAMS are the stuff that life is made of through the strokes of a brush, the sound of a note, or the graceful movements of a dance.  PISCES is a natural dancer, naturally artistic and creative. The POET or LYRICIST with a tragic tale to tell or aria to wail, since more often than not, the life of PISCES takes on the essence of a soap opera with abundant opportunity for clandestine intrigue, the taste of forbidden fruit is an innate pleasure, along with profuse weeping of tears in times of joy or pain. The world we live in is filled with soap opera plots and the obvious stuff of DREAMS.  Every single thing in our modern world was once a thought, an idea; a dream in the mind of some developing soul.  Key 18, THE MOON, PISCES the dreamer, represents INSPIRATION from invisible worlds that lowers vibration to become the stuff of material manifestation. Without the DREAMER, there would be no DREAM, and therefore, no manifestation of life in this world as we know it.FORGIVENESS is associated with Key 18, THE MOON, a true aspect of our evolved PISCES nature.  In the process of spiritual evolution it is necessary to FORGIVE even those who may not seek our forgiveness.  Through the acquisition of UNDERSTANDING and the development of a COMPASSIONATE HEART, it is far easier to FORGIVE those who have seemingly trespassed against us and even to FORGIVE our self for ignorant mistakes or lack of conscious awareness in terms of past actions taken.On Key 18, THE MOON, we see the EVOLUTIONARY PATH of the soul.  Out of the Great Sea of Consciousness the crayfish struggles forth to find the path that leads toward the mountaintop of illumination and SELF discovery.  The Path winds over hill and dale between the Wolf and the Dog, symbols of the Animal Vital Soul, both wild and tame.  The Path is midway between the two extremes, a pictorial lesson for those with eyes to see and ears to hear  It is the yellow brick road, the straight and narrow way, the middle path, for the EVOLUTIONARY PATH is called by many names, yet it is One Path with one purpose, a noble purpose for all.

In the sign of PISCES there is the co-rulership of the planet JUPITER, Key 10, the WHEEL OF FORTUNE, and the planet NEPTUNE, Key 12, THE HANGED MAN.  As the Father of the Gods, JUPITER governs the rules and laws of EVOLUTIONARY LIFE.  On the WHEEL OF FORTUNE, Key 10, we see the pictorial images for the process of EVOLUTION expressing mineral, vegetable, animal and human aspects of Creation, moving toward SUPERCONSCIOUS AWARENESS in circling the WHEEL of LIFE.  Life is cyclic in all aspects throughout the seasons of the year, as well as through the seasons of human life.  Everything is a learning process governed by JUPITER, or Higher Mind, in the continual unfolding of knowledge that leads to wisdom.  On the Qabalistic Tree of Life JUPITER rules the sphere of MERCY and COMPASSION.

With Key 12, THE HANGED MAN, NEPTUNE, we have the principle of SACRIFICE or letting go and letting God.  On this key we see the SACRIFICED GOD, a mythical allegory that heralds from ancient times and is not new with Christianity. It is necessary to sacrifice the little ego to the greater good to become the true SELF.  For as the Master Jesus said, When you have seen me you have seen the Father, the Father and I are One.  In the sacrifice of the little ego the greater SELF possesses the life of the soul and becomes the Life in fact.  All are evolving toward this ultimate Reality, though some still remain far from the foot of the Mountain.  Many souls still wander in the fog and delusion of the lower vibrations of NEPTUNE, drugging the mind and senses, keeping the Soul in a state of sleep that awaits the kiss of the Prince of Higher Consciousness that exists beyond the Towers of human construction and concepts on Key 18.  The Mountaintop of Illumination is far beyond the constructs of humankind in the realm of the Sublime or Divine.

olved PISCES nature is willing to give up the entrapments of the flesh and worldly attainment for the finer realm of Spiritual freedom and LOVE.  All creative or artistic gifts are Gifts of the Spirit embodied in the principles of Key 3, THE EMPRESS, VENUS, exalted in the sign of PISCES, the sign of DREAMS and willing SACRIFICE. This is Mother Nature, VENUS, Goddess of Love and Beauty and Patroness of the Arts. It is the Goddess that bestows creative gifts and blessings upon Her children. She speaks to us through our dreams, waking or sleeping, whispering sweet nothings of INSPIRATION into our hearts and souls so that we might attain all that she DESIRES for us during our sojourn upon the earth.  Like any good Mother, she wants nothing but the best for her offspring.  Her LOVE is constant and eternally replenishing those who open his or her heart to receive.  Meditate upon Key 3, THE EMPRESS, if you feel unloved, and you will learn that you are LOVE INCARNATE.  This is the blessing of your true PISCES nature and the Divine that resides within. As our PISCES feet keep dancing through life!       Barred Spiral Galaxy